For several decades, quantum computing was a purely academic pursuit. In the 1980s, a few forward-thinking theorists began to describe the principles underlying a new type of computer that used logic based on the laws of quantum physics, rather than the simple binary logic used by classical computers. In the 1990s, the field expanded rapidly as the first quantum algorithms emerged, proving that these quantum computers could actually provide a significant breakthrough in computational power for certain types of problems. But at that point, building an actual quantum computer was far beyond anyone’s capability.

Fast forward to today, and we still don’t have the ability to implement a large-scale quantum computer that can fulfill the promises of the 1990s, nor are we very close to doing so. Yet interest in quantum computing has exploded far beyond academia. In industry, sectors as varied as automotive, aerospace, pharmaceuticals, and finance have begun developing strategies for implementing quantum technology. And governments and militaries around the world are investing heavily to ensure that they do not fall behind in what some are calling the next “space race” for technological supremacy.

Fueling this interest are significant financial investments in promoting and developing quantum computing devices from a growing number of companies. This includes many of the large technology stalwarts, such as IBM, Google, Microsoft, Intel, and Honeywell. And it also includes companies that have formed specifically to build quantum computers, such as D-Wave, Rigetti, IonQ, and a host of other startups. And rather than focusing on the famous algorithms from the 1990s, which require fault-tolerant, large-scale devices, a new class of algorithms has recently emerged that are specifically designed for noisy, intermediate-scale quantum, or “NISQ”, devices – that is, the types of devices that are most likely to come into existence in the near future.

Driven by this promise of near-term benefits, investment and excitement in the quantum computing space has grown to the point where there are entire conferences devoted to industrial and government applications of the technology, even attended by (gasp!) businesspeople and IT leaders. Beginning in 2017, an annual Quantum for Business conference has been held in the Bay Area, attracting hundreds of attendees from a variety of disciplines and industries. And on the east coast, the first Quantum.Tech conference in 2019 also saw hundreds of attendees. 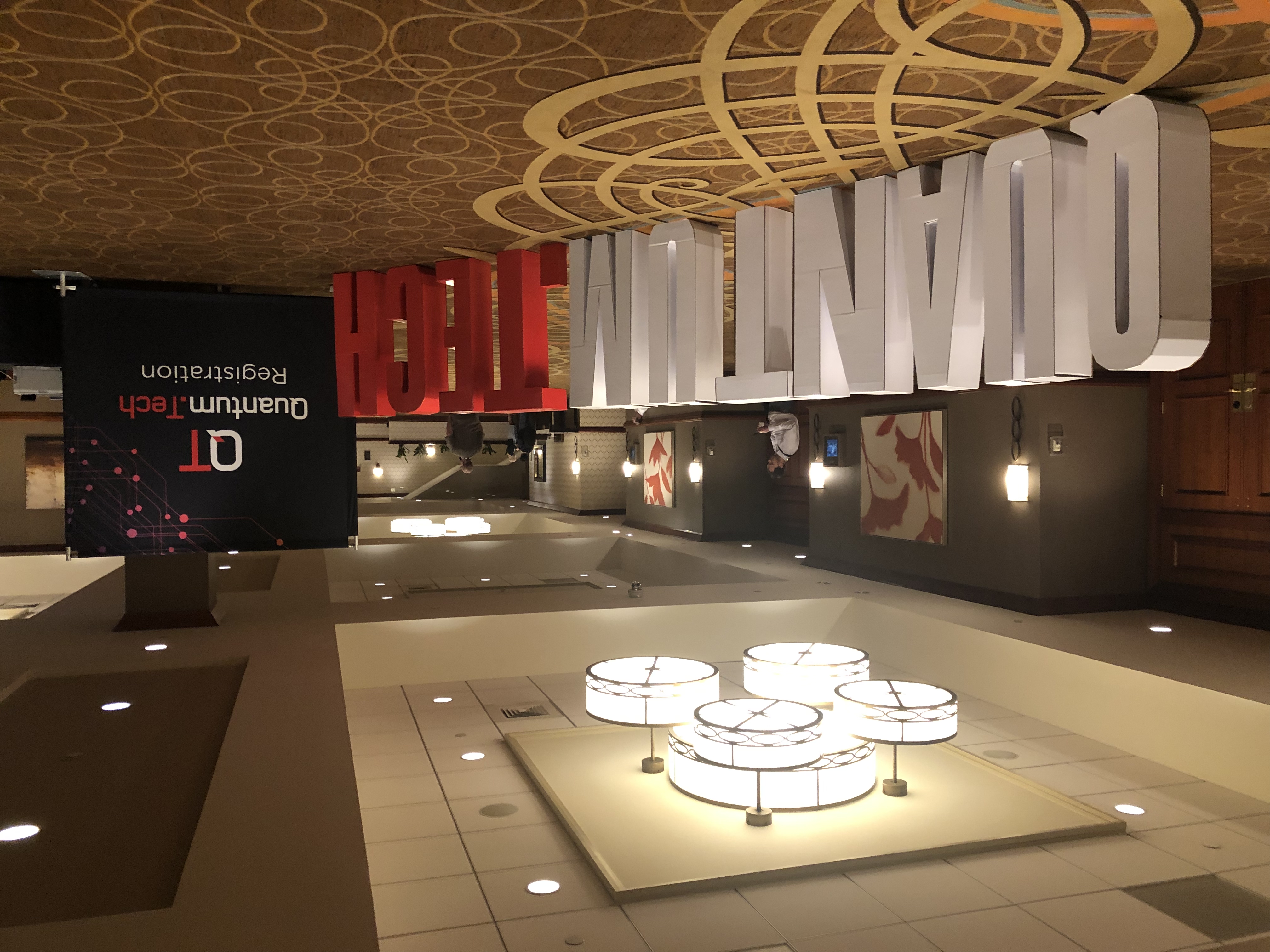 Does this mean we are at peak quantum hype?

It’s hard to say, but the hype is certainly not slowing down. Just this month, IBM announced the imminent launch of a 53-qubit quantum computer, to be publicly available over the cloud. And then, only two days later, news leaked that Google believes they have achieved a technical milestone known as “quantum supremacy” using their own 53-qubit device. While these devices still can’t do anything useful (as far as we know), the technology is advancing at a rate that makes many believe that useful applications will emerge within the next few years. This belief has led to the rise of quantum software and quantum consulting companies, such as QCWare and Zapata Computing, who work with clients to identify potential business use cases for quantum computing and to help educate their workforce to be quantum-ready. Companies like IBM and Microsoft also have extensive quantum outreach programs.

But we still need more research!

Despite all this progress, there is significant doubt among most experts in the community that today’s quantum computing technology – most commonly, qubits engineered on carefully-fabricated superconducting chips – will be scalable to the thousands or millions of qubits needed in the long-term to produce fault-tolerant quantum devices. So while there is good reason to be optimistic about the short-term applicability of the existing technology, we still need innovation! We are barely at the beginning of the quantum computing revolution. We need scientists to identify new potential qubit technologies, refine them in the lab, create companies to scale and commercialize them, and continue to drive the cycle of investment, in pursuit of the discovery and development of these quantum computing technologies that could quite literally change the world. (No pressure, though. If you don’t do it, someone else most certainly will.)